Ranbir Kapoor has been a very versatile actor of the Bollywood Industry. He has gained a lot of success throughout his career in the Hindi films through his inexplicable potential. He has been also listed into among the highest paid actors of the Bollywood Industry. Acting seems to be in the genes of this amazing actor as he belongs to the Kapoor family where his parents are Rishi Kapoor and Nitu and grandfather Raj Kapoor who was an amazing and a very popular actor of his times. He has always been a treat to watch on the screens and also holds a great number of female fan following. Let’s check out top 10 Ranbir Kapoor movies which turn out to be a proof of his successful career.

Yeh Jawaani Hai Deewani is a Bollywood romantic drama movie which was directed by Ayan Mukerji and produced by Karan Johar.Ranbir Kapoor plays the lead role of Bunny or Kabir Thapar alongside Deepika Padukone as Naina.The movie was totally a superhit which is based on friendship, love and the changes which occur in life with time.The characters Kabir (Ranbir)and Naina (Deepika)go on a trek to Manali where they become very close friends which turns out to be a successful love story eventually.The character of Bunny inspires in a great way and somewhat gives an inspirational message of chasing the dreams.

Rockstar is a Bollywood musical romantic drama film which was directed by Imtiaz Ali and produced by Eros International Ltd. Along with Shree Ashtavinayak Cine Vision Ltd.In this movie, Ranbir Kapoor plays the character of Janardhan Jakhar who aspires to become a rockstar and is inspired by the famous rock star Jim Morrison.The movie shows the complete struggling journey of Janardhan Jakhar and how he becomes a famous rockstar lately named Jordan with the pain within him due to the separation of Heer(Nargis Fakhri).The movie shows one of the best acts ever of Ranbir Kapoor and defines how pain builds an artist.The movie received a great response from the audiences and critics.

Tamasha is a Bollywood drama and romance film which was directed by Imtiaz Ali and was produced by Sajid Nadiadwala in the year 2015.In this movie, Ranbir Kapoor plays the character of Ved alongside Deepika Padukone who plays the role of Tara.In this movie, Ved and Tara meet on a holiday in Corsica where they started to like each other.Ranbir was a great storyteller and always remained in the world of his stories which made Tara fall for him.The story takes a turn when they both meet again in India where Tara notices the changes in Ved and encourages him to realize what he was made for.The movie has a great message and defines the worth of self-realization in a very effective way. The movie was really loved by the critics and the audiences and received a majority of thumbs up.

‘Ae Dil Hai Mushkil’ is a Bollywood drama and romance film which was directed by Karan Johar and produced by Apoorva Mehta, Hiroo Yash Johar and Karan Johar which released in October and had to be considered among the topmost movies of the year 2016 as the inexplicably brilliant acting of Ranbir Kapoor cannot be ignored in this movie.He plays the role of a famous playback singer Ayan and moreover of a one-sided lover who falls for Alizeh (Anushka)but it couldn’t work that way which eventually led to his being of friend zone.It is a really great story highlighting the pain of a one-sided lover and also showing that how a certain pain can lead to success in an artistic career.This performance of Ranbir helped him to prove himself again in the Bollywood industry that what potential he actually has. 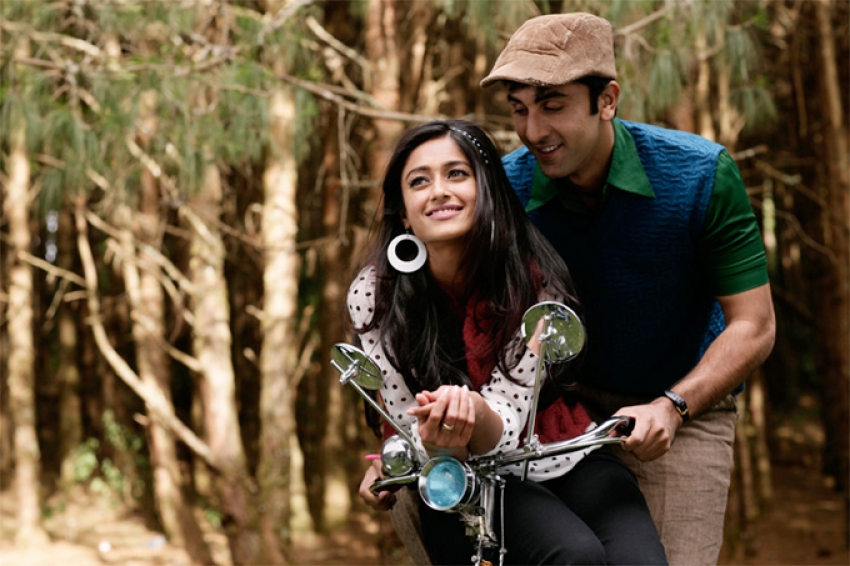 Barfi is a Bollywood comedy-drama film directed by Anurag Basu and produced by Ronnie Screwvala and Siddharth Roy Kapur.The movie is based on a mute and deaf boy whose name was Murphy and was called Barfi.The story of Barfi came to be very interesting, unique, humorous and also a little emotional as it describes the relations of Barfi with two women and how he eventually finds his true love in Jhilmil(Priyanka Chopra).The movie highlights many cute scenes between Ranbir Kapoor and Priyanka Chopra which was a treat to the eyes of the audiences.One more special thing about this movie was also that this movie was nominated for the Oscars as well.The mute and deaf boy Barfi received a good amount of appreciation for the movie. 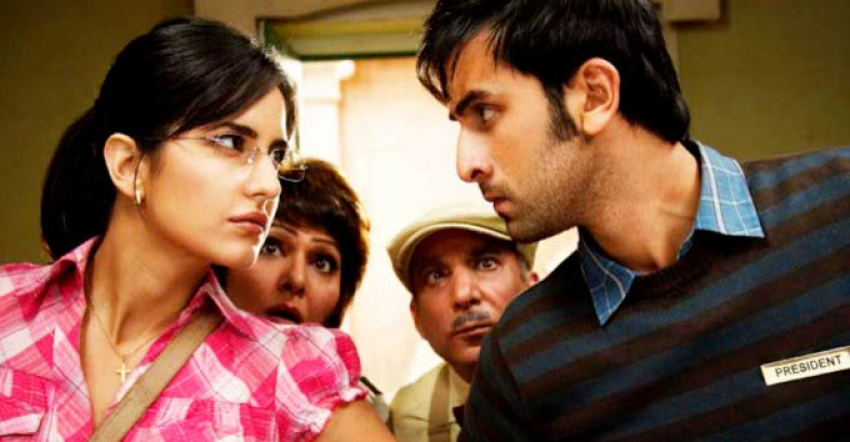 Ajab Prem Ki Ghazab Kahani is a Bollywood comedy film directed by Rajkumar Santoshi and was produced by Ramesh S Taurani.The movie is filled with really amazing punchlines and is full of humor.Ranbir Kapoor alongside Katrina Kaif in the lead roles completely succeed in entertaining the audiences.Ranbir Kapoor plays the role of Prem who runs a happy club which helps people to meet their loved ones.Prem falls in love with Jenny (Katrina Kaif) but the story takes a surprising turn with a third person which was in Jenny’s life.Eventually, Jenny realizes her true love within Prem and which was highlighted through a very pleasing romantic story filled with an immense amount of humor.

Wake Up Sid is a Bollywood comedy-drama film directed by Ayan Mukerji and produced by Karan Johar’s Dharma Productions.The movie is based on a typical Mumbai story which tells us about a spoiled rich and irresponsible guy Sid Mehra(Ranbir Kapoor).In this movie, Konkona Sen Sharma takes up the responsibility to teach and change the behavior of the spoiled lad by making him realize the importance of being more responsible in life.This movie turned out to be a really successful movie and also it won many awards, especially Ranbir Kapoor for his phenomenal acting.The movie received a thumbs up from the critics and the audiences and the performance of Ranbir Kapoor was totally superb.

Anjaanaa Anjaani is a Bollywood romantic drama film which was directed by Siddharth Anand and produced by Sajid Nadiadwala.This movie was based on two strangers who meet at a suicidal point and were in a pure intention of suiciding.Both had their different reasons due to which they wanted just to give up. The story turns out to be very interesting as they both decided to wait until the 31st December and decided to jump from a bridge on that night with the beginning of next year.The movie turned out to be very interesting and gave a good message to the audiences when it made both Akash(Ranbir) and Kiara(Priyanka Chopra) realize the worth of their lives and thousands of reasons for living their life.Eventually, they fell in love with each other and the way it all ended was really superb.

9) Rocket Singh: Salesman of the year 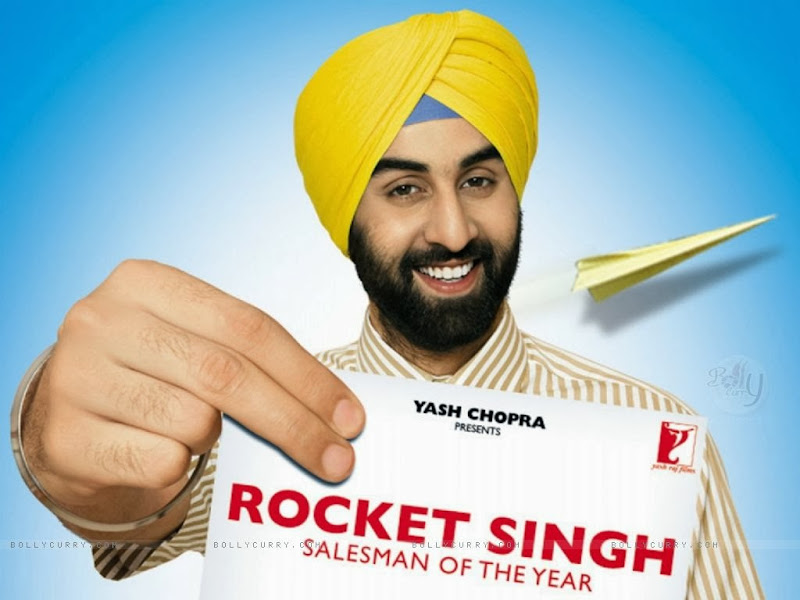 Rocket Singh is a Bollywood comedy-drama film directed by Shimit Amin and was produced by Aditya Chopra which released in the year 2009.The look of Ranbir Kapoor was surprisingly very unique and also gathered a lot of attention on the screens.The movie is based on salesmanship where Ranbir Kapoor as Rocket Singh turns out to be the best salesman with the help of his hard work, honesty, and dedication.The movie really inspired the audiences as the message of hard work and dedication was clear which it wanted to depict.Rocket Singh was totally a superhit character putting up a great humor in the movie.The movie got a thumbs up from the critics and the audiences.

Bachna Ae Haseeno is a Bollywood comedy-drama film directed by Siddharth Anand and was produced by Aditya Chopra which released in the year 2008.The movie is based on a playboy named Raj(Ranbir Kapoor) who breaks hearts of many girls in the movie.He later realizes what mistakes he did in the past after one rejection.The movie was a real entertainer where Raj runs from one girl to another to find a true love and involves many intimate and hot scenes between the playboy Raj Sharma and the other three girls which includes Mahi(Minissha Lamba), Radhika(Bipasha Basu) and Gayatri(Deepika Padukone).