We all know about India, it’s the most diverse country in the world, different traditions, different languages, different cultures, different cuisines, different lifestyle, different kinds of looks, different religions and yet one strong nation. This difference is also reflected in the movies that are made in India. There are a lot of movie industries in India that make movies of many languages. Like Bollywood, for Hindi, Tollywood for Telugu, and others for Bengali language and others. Out of all these, Tollywood is the biggest one other than Bollywood. The Telugu movie industry makes very nice movies and these are watched all over the country, being released in many languages. The favorite Telugu star is no one other than Rajnikant. Rajnikant is known for his amazing acting and amazing style. This style is copied by a lot of other stars, but no one can show that originality, like him. His acting is marvelous and has brought him very many awards. He has all the biggest movies of Tollywood under his belt. Stars like Amitabh Bachchan, Shah Rukh Khan, etc. are all inspired by him and his style is, of course, is a thing to watch. He takes very diverse roles and does amazing action and there is everything in him to make him the favorite of great South India. Scroll down to see a list of Top 10 Rajinikanth movies, ranked. 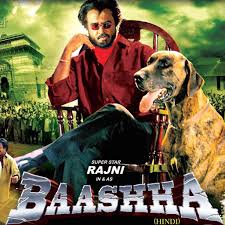 A rickshaw driver, the character played by Rajnikant, Manickam is a man who avoids violence at all costs because he’s strong and doesn’t want unnecessary attention. When his brother gets into trouble with some goons, it triggers a set of events that revive Manickam’s old violent self that is brutal.

Enthiran, a science fiction movie based on how the ability of a humanoid robot can be used in a positive, as well as negative way. The movie did very well on charts.

Annamalai, a milkman, and Ashok, the son of a rich businessman, are childhood friends. Ashok’s father, who disapproves of their friendship, attempts to create a rift between the two but fails eventually. The movie is still among Rajnikant’s best works.

Thalapathi is an amazing movie. The character played by Rajinikanth is Devar, who is the murderer of his father. He is sent to jail for this crime, but when he comes out of jail after learning his lessons, he becomes a Messiah for the villagers but forgiven by his family for the murder.

Chandramukhi was a popular, successful film of Rajinikanth, in which the house if the character he plays has to suffer a lot of natural calamities, and the adopted girl in the hole is blamed, but a psychiatrist comes to reveal the truth about it.

It is a very inspiring movie in which, the character played by Rajinikanth is a man who has dreams to improve his country. He is stopped by the authority, but he makes amazing strategies to tackle them and ultimately wins.

Among the latest movies released by the legendary star, Rajinikanth’s Kabali is a stand out for his amazingly mature performance. The movie focuses on the oppression faced by Tamilians working in South East Asia. He is jailed, but when out, he seeks vengeance.

A complicated, drama movie where Rajnikant plays a police officer who seeks revenge from a criminal, saying about returning by incarnation. Fate favors and his two twins meet each other since they were separated at birth.

This movie is very critically acclaimed, directed by SP Mathuraman, the movie portrays the life of Santhanam (Rajinikanth), the eldest son of a poor widow who struggles to make the ends meet. He spends the first half of his life toiling day and night to provide his younger siblings with an education & spends second half watching them leading comfortable lives while he continues his struggle for survival.

Rajnikant plays the role, where his family is thrown out their house because they were jealous. He provides best effort to restore the honor of this family and keeps the slap on their face with their silent cries.

10 Old Hindi Movies Which Prove That Old Was Indeed Gold

10 Shruti Haasan Movies That Showed Her Class As an Actress

Top Tamil Movies That Deserve Sequels in The Coming Years

Chiyaan Vikram To Take 7 Different Avatars, All To Stun His Fans