Acting talent is in abundance in all parts of India and can rival the acting, dance and stunt scenes from Hollywood movies easily. Here are some of the actors from South Indian movie industry who can wow you doing their stunts and can do some unbelievable acting on screen. Here are 10 South Indian Actors Who Can Do Stunts Like Hollywood Actors. The world identified his acting potential of Prabhas through the Magnum opus  Rajamouli movies ‘Baahubali Parts 1 and 2’, Telugu movie industry already knew the potential of the ‘Rebel Star’. He already had some great movies under his belt and Baahubali just became a golden feather in his already crown in the Telugu film industry, not to mention the worldwide acclaim the movies got. Non-Telugu speaking people also used to enjoy his movies when they were dubbed into other languages like Hindi, Tamil, and Malayalam etc. Some of his movies were remade in other languages as well. As for stunts anyone who has seen the movies Baahubali part 1 and 2 will argue that it was on par with some of the best movies ever made in Hollywood like The Lord of the Rings trilogy, the Hobbit trilogy and The Matrix trilogy in terms of action scenes, drama and great villains. His action scenes in part 1 was greatly appreciated by many notable celebrities He had his debut in 1978 with Punadhirallu and recently enjoyed success in his 150th movie which was a remake of Tamil film Kaththi starring Vijay. One of the great stalwarts in the Telugu movie industry, also a fan favorite and a superb dancer who got the crowd on their feet with his moves. His movie ‘Indra’ is a blockbuster and was later dubbed successfully in Hindi and Tamil where his stunts were mind-blowing. Son of Allu Aravind who is the brother in law of Chiranjeevi, Allu Arjun made his debut with ‘Arya’ a very popular blockbuster hit which was dubbed into all south Indian languages and later remade in Tamil. He followed it with super hits like Happy, Bunny, Badrinath, Race Khurram etc. He is the stylish star and does exceptional dancing and stunts. He has a huge fan following even outside his movie industry especially Kerala.  He is known as the stylish star and all his movies have innovative stunt scenes which thrills the audience.

Businessman, Nennokadine, Srimanthudu are some of his best movies. He is a chocolate boy hero who does not age at all even when he is in his forties, looks younger than the heroines sometimes. His dialogue delivery is awesome and has a striking charisma which gives his characters a shade of grey. His stunts have sort of a swag which no one else has. The way he does the action is entirely different.

Grandson of great actor Ramarao, he did some very good movies in the start but took a sabbatical from the movies in between to reduce his chubby body and came back as a stylish superstar fitter than ever. All of his movies are blockbusters and has a huge fan following. Some of his movies are Nannakku Prematho, Brindaavanam, Janatha Garage etc. Known for his method acting and living the character rather than portraying them, he is also a very good performer for stunts and action scenes. One of his recent blockbusters ‘Pulimurugan’ was loaded with superb thrilling action scenes. The King of action in India, though older than most heroes in this list, he performs stunts and action scenes much better than any of them in  any of his movies, his fan base is only growing every movie and he is set to thrill us with 2.0 opposite Amy Jackson and Akshay Kumar as the villain. Action is a synonym for Rajnikanth in India.

Another gem of an actor from Tamil movies, he performs good stunts in movies although he is more loved by his audience for being the romantic hero. Movies like Thuppaki, Pokkiri, Gilli, Villu has good action scenes and his recent film Mersal also was a blockbuster film and had lots of stunts and action scenes. Konidela Kalyan Babu is popularly known as Pawan Kalyan after the release of his first movie in 1996 Akkada abbaye Ikkada ammayi. He has been part of several critically and commercially successful ventures like Gabbar Singh. He too has a humongous fan base and support for his films.

Very famous for his punch dialogues and super awesome stunts does his action scene like a man in his twenties when he is way older than that. 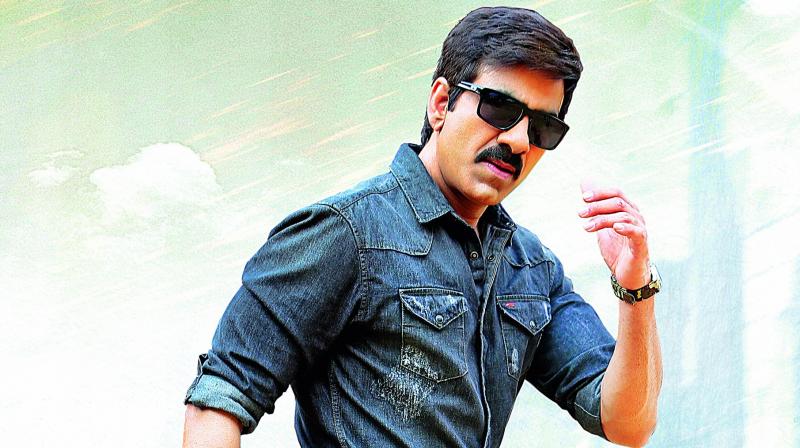 He is famous for his comic hero and stylish stunts. Born in 1968 as Bhupati Raju Ravi Shankar Raju, Ravi Teja first acted in small roles alongside other heroes and made a name for himself in the original of Rowdy Rathore in Telugu. He later did Kick, Bengal tiger, Dubai Seenu and other films which increased his star value. He is famous for his great entry scenes, comedy and powerful stunts.

10 Telugu Actors Who Are As Talented As "Khans of Bollywood"

Top Tamil Movies That Deserve Sequels in The Coming Years

Chiyaan Vikram To Take 7 Different Avatars, All To Stun His Fans